Hormone replacement therapy (HRT) has been a subject of debate for decades, with both sides of the fence claiming harms and health/longevity benefits of taking or leaving it. That can leave women, in particular, at a loss when trying to make an informed decision. Why is it so difficult to get a definitive answer?
In short: hormones, and their effects on the body are complicated and studies tend to concentrate on one or two hormones at a time, usually synthetic, like estrogen and progesterone. Results vary across studies, or even in the same study, when data is analyzed using different variables.
The Women’s Health Initiative (WHI) study is an example of this. A report was sent out in 2002 by the WHI that HRT showed increased risk of certain cancers and cardiac events. Because of that release, prescription and use of HRT plummeted shortly after. Their final report in 2013, after reassessment of study data and addition of new data, showed risk results depended greatly on age and/or time HRT was started post menopause.
Many studies, including the WHI study, only look at estrogen alone or in combination with progesterone, usually synthetic or animal based. They generally don’t consider testosterone (T) at all, which women also produce and is widely available in the body prior to menopause, especially surgical. Additionally, there’s much debate over using synthetic HRT vs bio-identical (plant based) HRT, which is not currently FDA approved. The most effective method of delivery (oral, injectable, creams/gels, patches, or implanted pellets) is also debated, further complicating the issue.
Where does that leave us now? The general consensus, according to the WHI, and other studies, is that in otherwise healthy women, benefits outweigh risks, especially if started closer to the beginning of menopause (natural or surgical). The decision should be made on an individual basis, by the patient and their physician, considering the health history and risk factors of that person.
Christina Sibley, with Sibley Insures, is a licensed health insurance agent who specializes in Medicare plans, all types, and Medicare education. Call (405) 655-6098 or visit https://www.sibleyinsures.com/. 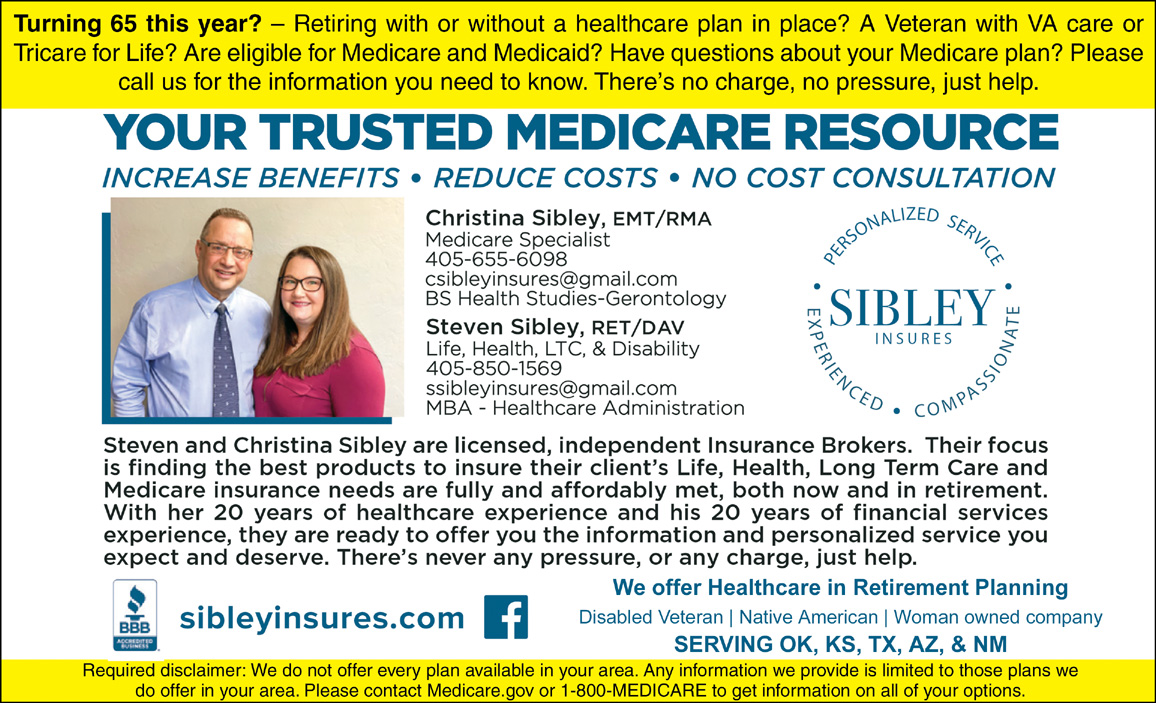 Stillwater’s ‘Pink Out’ gift to OMRF takes on special meaning

VillagesOKC reflects on a year of service to older adults