When Pearline Childress’ family circle in her lifelong hometown of Coweta started growing smaller and smaller, she knew she needed to make a change.
Her son, Dave, knew it was a decision she couldn’t make alone.
“I would see mom on average once a month and my sister would see her maybe once a week,” said Dave, an Edmond native who travels extensively for business. “Since her sister passed away her social interaction just wasn’t very much.”
Both children poured over brochures and facilities and options.
During the process, Tealridge Retirement Coordinator Kristen Moss urged the entire Childress family to come up for lunch one Saturday.
“It helps when they can come enjoy the community for a couple events before they move in,” Moss said. “We spent pretty much all afternoon on that Saturday sitting and talking with residents. I think we try to incorporate more of the activity of living here before they even move to give them a glimpse and give them that trial.”
The afternoon was one to remember.
“The staff, I just fell in love with these guys from the jump,” he said. “But it’s the residents that really make it.”
The decision to move to Tealridge meant Pearline Childress would leave behind 72 years of life in Coweta – a place where she had taught school and raised her children.
Moving would mean separation from all she had known.
But little did she know, moving would also prepare her heart for more people to move in.
“Everybody is just so nice and friendly,” Pearline said. “It’s really impressed me.”
Now just eight miles down the road, Dave Childress comes up most mornings to have coffee with his mom.
During the process, Childress told his wife that his biggest wish was to show up one day and his mother would be sitting out front surrounded by friends.
“I thought if we could ever get there that would make my heart happy,” he said. “I think it was middle of last week I popped up here and I walked in and she was out there with the ladies.”
“It made me feel really good.”
Elaine Rowton knows that feeling well.
Rowton spent 35 years as office manager for an Edmond pediatric dentist before moving to Tealridge.
She lived on the other side of Oklahoma Christian for 40 years before her and her late husband finalized plans for their next move. He passed last year but Rowton never wavered on her decision to come to Tealridge.
“Everything just clicked, clicked, clicked like it was a God thing,” said Rowton, who has lived at Tealridge for three months after following her neighbor of 25 years to the residence. “We looked at other facilities but this was my choice. I like that I have lots of neat friends.”
Daily housekeeping, laundry and trash service, three meals a day and welcoming staff all come together to make Rowton feel at home.
“I feel secure here. The place has a really special, comforting atmosphere to it,” she said.
Macular degeneration started working on Ruby White’s eyesight a few years ago. Her sister convinced her to move to Washington to come live with her but she didn’t feel right once she got there so she moved back to Oklahoma.
The 45-year nurse used an online search company and her telephone to find a home.
“I think I drove these people totally crazy,” she said. “I talked to every one of them because I didn’t know really what to expect. I chose this because they were so helpful. They helped me decide I could be OK here. I wasn’t sure of that.”
And in a short period of time at Tealridge, all three ladies know everything is going to be just fine. Visit: https://www.seniorliving-edmond.com/?gclid=EAIaIQobChMIt-r01IeB6AIVjIbACh2dRgmrEAAYASAAEgIIS_D_BwE 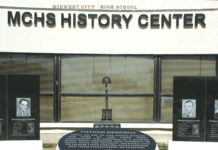