It’s been two years now since Emily Spitler decided to channel her creative energy into stained glass.
And the world is a better place for it.
“I really enjoy working on the mosaics as it is very rewarding seeing the finished product and knowing that it was something I created,” Spitler said. “It also gives me tremendous satisfaction when someone sees one of my pieces, their eyes light up and they point to it and say ‘I want that one’ with a huge smile on their face.”
She originally set out to do it as a hobby but as she got more and more involved with it, decided to put some things up for sale. Her daughter, Stacey, created a Facebook page for her to share her art work and then it just blossomed from there.
Besides having her online store at www.emilyscreations.net, she has also had a booth at last fall’s Affair of the Heart and the Santa Market. She is hoping to have a booth later this year at a few more shows.
Spitler used to own a knitting and craft store in Prague originally called The Knitting Needle then once she added more gift items the location changed and the name was changed to Emily’s Gift World.
She’s always been involved in arts and crafts. First there was ceramics, then of course knitting, crocheting and all kinds of needlework. She started sewing during grade school and was involved in 4-H.
She still plants a garden each year and, of course, she starts the seeds from scratch and even mixes up her own soil. Her tomato and okra plants have been known to reach over 8’ tall. She enjoys cooking and collecting recipes to try. She even makes her own bread (including hamburger buns), pickles and tomato sauce!
She really enjoys doing the mosaic art because of the mystery of how each design will turn out. She starts by cutting the glass sheets, then laying it out on a pattern. The glass has to be ground on the grinding wheel to get the desired shape and to smooth out the sharp edges. Each piece of glass is glued down into the design.
She then mixes up the grout and applies it to the entire piece. After approximately 15-20 minutes, the grout is cleaned off. Many times, the grout has to be cleaned off with a pick to get between the tiles/glass.
Just by changing the color of the grout, you can get a completely different look.
On the large mural 3’x6’ mural called “The Wave”, it took 4 months to complete. Many hours were spent grinding each piece of glass and mirror. She enlisted the help of both her daughter and husband to assist.
Depending upon the complexity of the piece it can take up to 3 weeks or longer to complete. She has used other mediums in her pieces including sand, shells, rocks, mirrors, beads, tiles and broken dishes
Her artwork brings out the best not only in herself but others.
Daughter Stacey recalls a funny story at her aunt’s 95th birthday celebration.
“We put her mosaic cross into a Harry and David box so she thought she was getting a box of clementines when she unwrapped the gift,” Stacey remembers. “Before she unwrapped the gift she was so happy and excited to get the box. When she unwrapped it and saw the Harry and David box, the expression on her face was priceless! She was so disappointed and at a loss for words. I actually thought she was going to start crying.”
“Then she went ahead and opened the box to unveil the mosaic cross and a big smile appeared. She said that she was so happy to get the cross instead of the clementines!”
Spitler’s work has been honored, most recently winning 1st and 3rd place at the 2019 Oklahoma State Fair.
You can also connect with her on Facebook at Emily’s Creations. 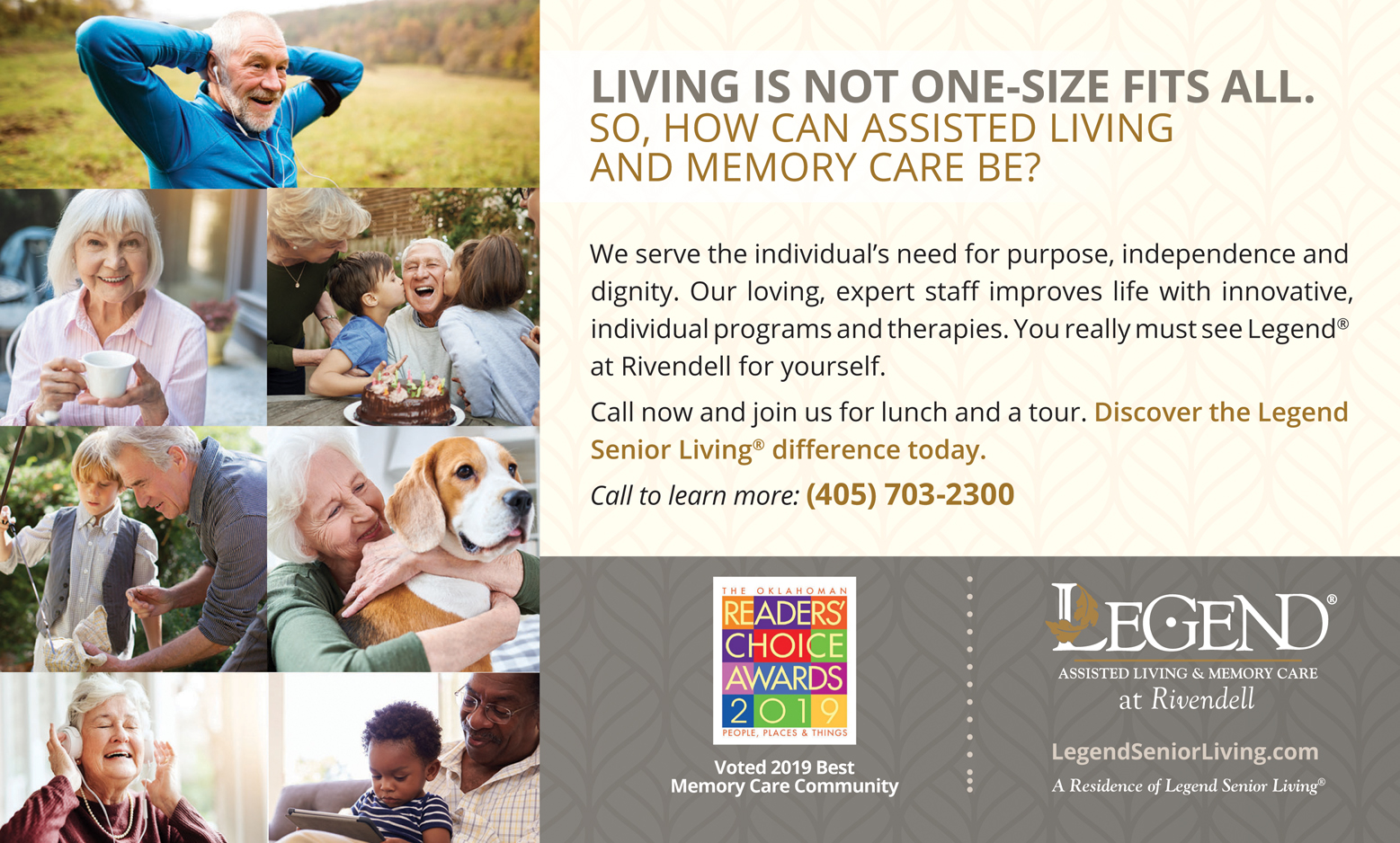