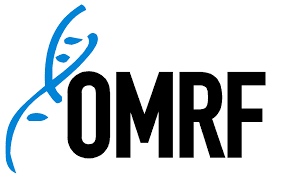 Arthritis is the leading cause of disability in the United States. But it’s actually many distinct diseases: two of the most common are osteoarthritis and rheumatoid arthritis.
“Although OA and RA have similar symptoms, they have entirely different causes,” said Oklahoma Medical Research Foundation rheumatologist Eliza Chakravarty, M.D. “That means the two conditions may also need to be treated differently.”
Osteoarthritis, the most common version of arthritis, stems from wear and tear that erodes the cartilage between bones in your joints, causing them to rub against one another. OA affects an estimated 31 million people in the U.S., typically impacting hands and fingers, hips, lower back and knees.
Pain associated with OA often worsens with use and improves with adequate rest. People are more likely to develop this form of disease with age, but that isn’t the only contributor, with obesity, traumatic injuries and overuse also elevating your risk.
“Doctors typically recommend that people with OA engage in regular physical activity, which not only strengthens muscles that support the joints and helps control weight, but it also has been shown to reduce pain,” said Chakravarty. “It can typically be treated effectively with nonsteroidal anti-inflammatory drugs like aspirin or ibuprofen.
In extreme cases, doctors may inject corticosteroids into joints to relieve symptoms. “Unfortunately, current treatments can only alleviate symptoms, as we haven’t developed a cure for OA,” said Chakravarty.
Rheumatoid arthritis, meanwhile, is less common than OA, affecting about 1 million Americans. While its exact origins remain mysterious, researchers know the disease is caused by a dysfunction in the immune system.
“Specifically, the immune system perceives something inside the joints as foreign, prompting it to launch an attack,” she said. “Tissues in the joint become inflamed and swollen, eventually leading to the destruction of cartilage and bone.”
RA displays all the symptoms of osteoarthritis, plus noticeable joint swelling. Unlike osteoarthritis, though, RA symptoms are often worse in the mornings or after prolonged inactivity and improve a bit with use of the joints.
As with OA, doctors use anti-inflammatory drugs and corticosteroids to treat the joint pain and stiffness that comes with RA. However, rheumatologists also rely on a series of more specific disease-modifying therapies that can slow the progressive destruction of the joints.
While these drugs, which include methotrexate and newer biologic agents such as Humira and Enbrel, help control RA, they have no effect on osteoarthritis. For this reason, Chakravarty said, it’s important to visit a physician if you’re experiencing joint pain or stiffness. Doctors use a combination of a physical examination, blood tests and X-rays to determine the type of arthritis a person has.
At OMRF, scientists are currently seeking volunteers who are concerned about developing rheumatoid arthritis for a prevention study called StopRA. If you are interested in participating or finding out more about the study, please call 405-271-7805 or email [email protected]