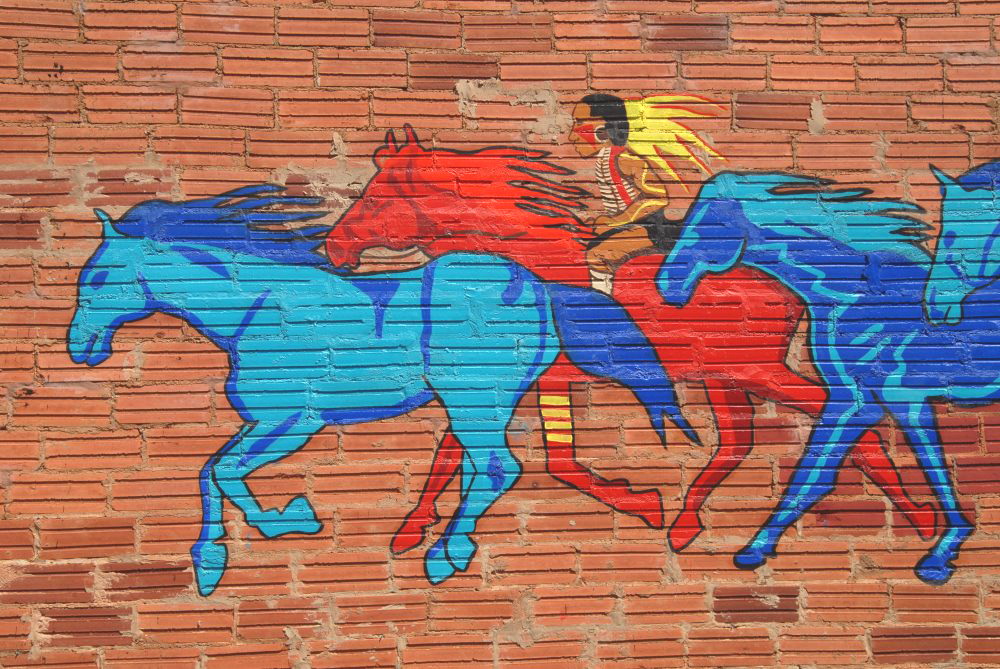 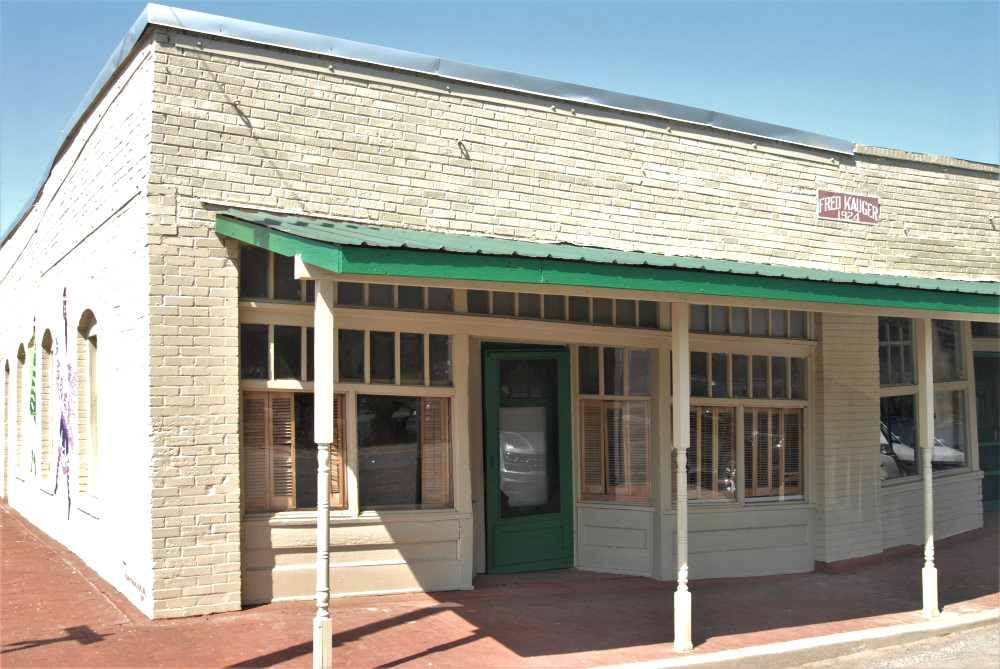 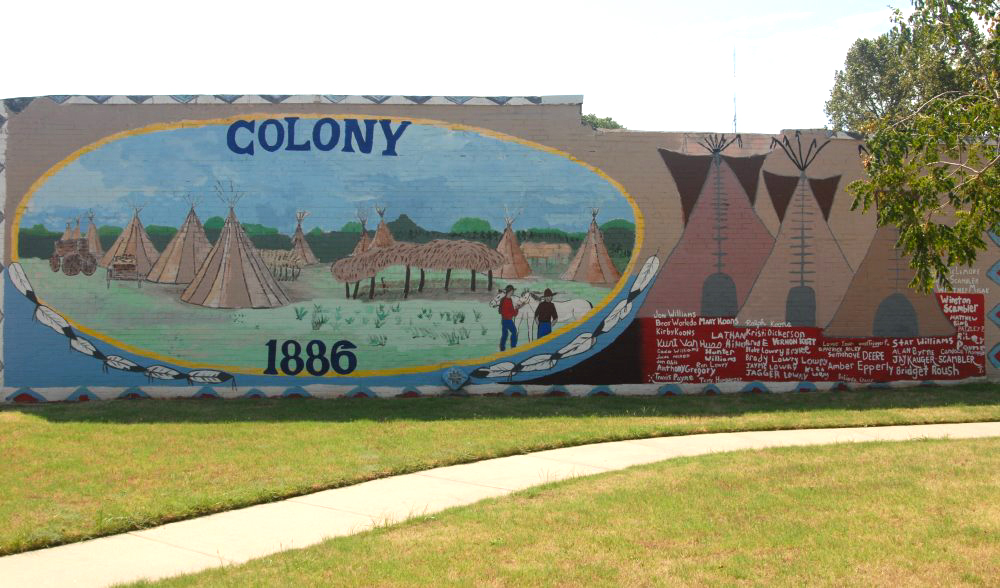 On November 17, 2019, Colony Community in Action, L.L.C., will host preview II, an exhibition of works to be displayed at The Sovereignty Symposium 2020 by Oklahoma Artists, Patrick Riley and Jim Van Deman. The exhibition will be held from 2:00-4:00 pm in the Kauger Building in downtown Colony, Oklahoma. Refreshments will be served. Everyone is invited to attend. This event is an example how Colony, Oklahoma is turning into at Art Colony.
The repainted Kauger Building and the old Payne’s Store building host murals by Comanche artist, Eric Tippeconnic. “The Hunt” and “The Horse Capture” are featured on the store building and “The Grand Entry” has been started on the Kauger Building. It also boasts “Colony 1886” completed in 1994, and refreshed by Patrick Riley and the people of the community in 2017. The names of some of the helpers are included in the mural, giving it a real home town feel.
Patrick Riley is a nationally recognized artist and art educator. He has maintained a strong and expressive visual arts career and artist/teacher career and has taught students of all grade levels. He has completed residencies focused on many disciplines including pottery, drawing, printmaking, painting, sculpture, leather masks, and totems. In 2012, he completed a 28-foot-tall stainless steel mask sculpture of an eagle for the Oklahoma Judicial Center in Oklahoma City. In 2010, he designed a special leather mask that was gifted by the Ford Center of Oklahoma City to celebrity performer Lady GaGa. During his art career, he has exhibited masks in many galleries throughout the United States including New York City and Washington D. C.
Jim Van Deman, great grandson of Black Beaver, depicts his Delaware heritage and other American Indian subjects in a broad range of creations from impressionist to mainstream abstract paintings. He is also known for his handcrafted flutes, unique banjos, and American Indian hand drums. He was recently honored as the “2016 Red Earth Honored One.” In addition to creating art and instruments, Van Deman is also an aspiring writer, with many short stories and poems to his credit, with several novels in the works as well. Both Van Deman and Riley are schedule to be in attendance.
Additional art can be seen next door in the old historic renovated Colony Post Office which has been the Gallery of the Plains Indian for several years. The Old Post Office built in 1927, was used to store feed by Payne’s store for many years. It was given by John Kauger to his daughter, Yvonne. She converted it into the Gallery of the Plains Indian in 1982 and refurbished it in 2017. It is considered to be the genesis of The Red Earth festival held annually in Oklahoma City, Oklahoma. Before the Colony Gallery was establish, Yvonne Kauger held many Native American mini gallery exhibitions in her Edmond home.
Currently, the Gallery features a permanent exhibit of the Colony Pow Wow, by Terry Zinn, which was first exhibited in 1986, at the Omniplex in Oklahoma City, and dedicated to John and Alice Kauger by the photographer. His photographs of the Red Earth festival are also on display, by the difficult in the camera double exposure technique to illicit a spiritual nature. As a consequence of serendipity, Ann Shadlo, the mother of Harvey Pratt, appears in full regalia in one of the Pow wow photos.
Terry Zinn currently holds the distinct pleasure of being the only artist to have a permanent collection installed in the Gallery of the Plains Indian Art Gallery in Colony. Zinn is currently looking for a permanent home for his the other extensive Photographic portfolios of: the late Oklahoma International Artist, Harold Stevenson; Oklahoma Performer and Voice Professor, Florence Birdwell; and 4 seasons of 1980s Lyric Theater. His work has been exhibited in many Oklahoma venues including the State Capitol and has also appeared in many publications. His travel writing and photography were awarded recognition at both the 2004 and 2007 Travel Media Showcases.
In 1886, John Homer Seger brought the first Arapaho to Colony. The Cheyenne followed shortly thereafter. Ultimately, the federal government built a beautiful campus with over eighty structures for the first vocational agricultural school in the United States at Seger Colony which was completed in 1892. When the school closed in 1932, the Colony School District took over the site. It was one of the first entities to be placed on the National Historical Register. Today, only the water tower remains.
In the 1920s, Fred Kauger, a German from Russia immigrant who came to Colony in the 1890s, constructed several buildings on Seger Street. Today, only three of them remain. The reception is held in two of them with the Gallery of the Plains Indian next door in the old Post office.
Lonnie Yearwood, Colony Mayor and Great Grandson of John Homer Seger says, “Our goal is to renew a sense of community by attracting artists to use our town as a canvas, and as an inspiration for creativity.” 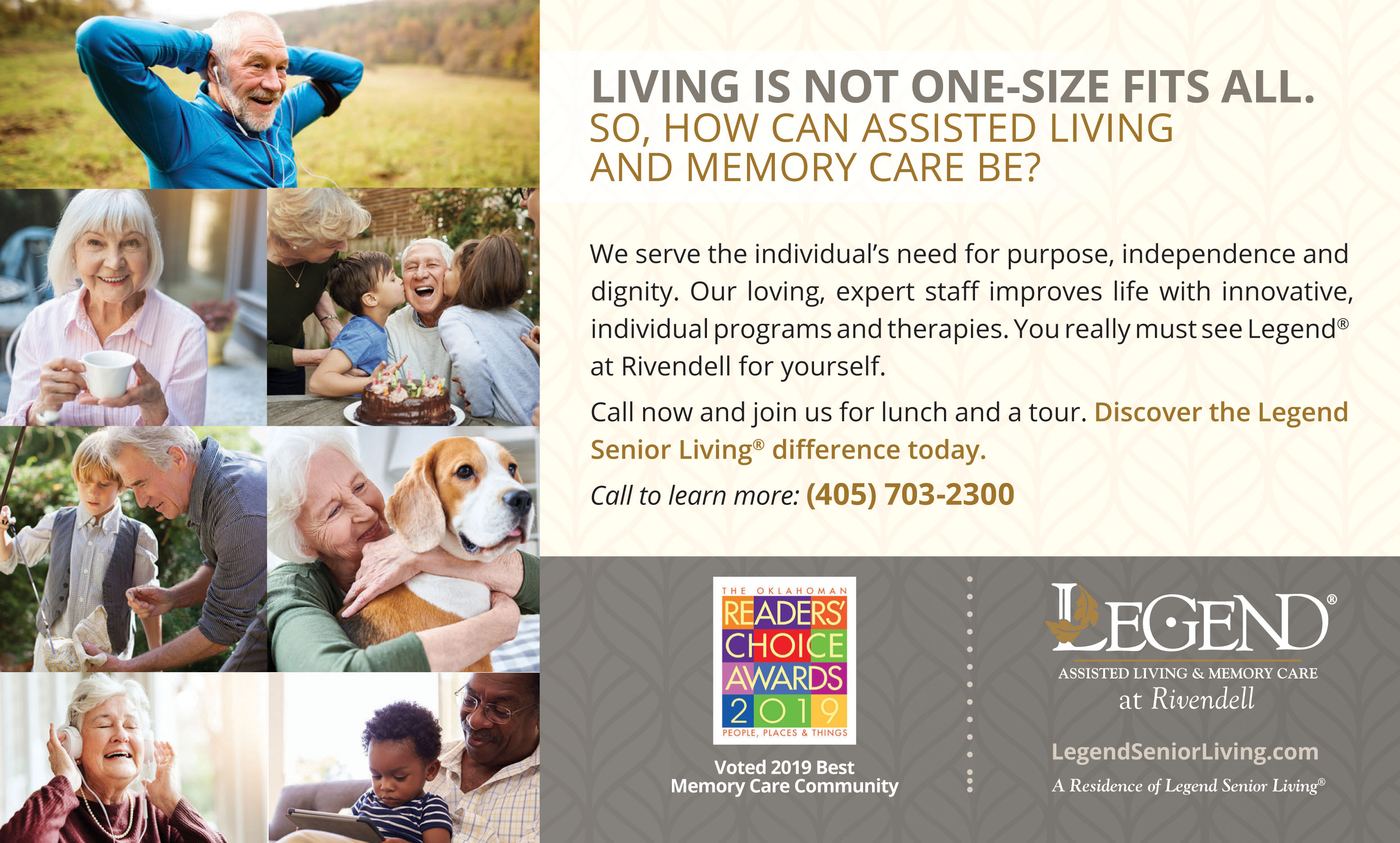