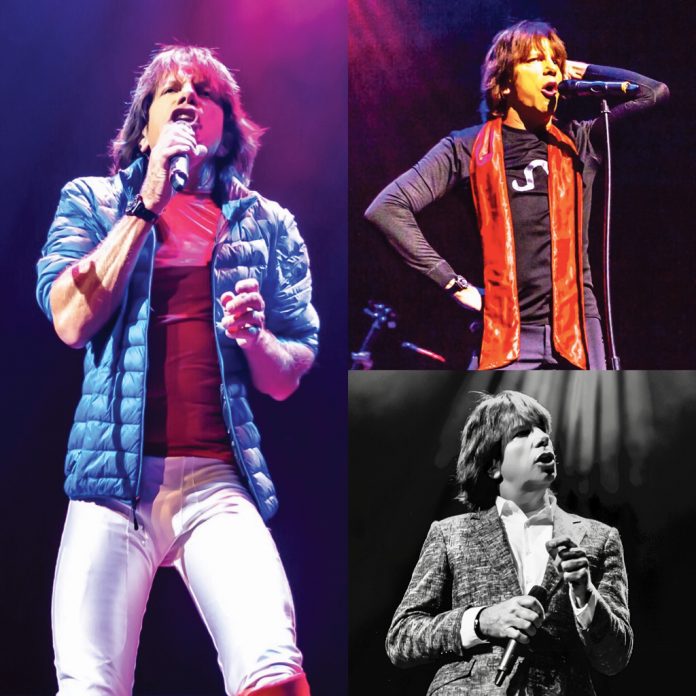 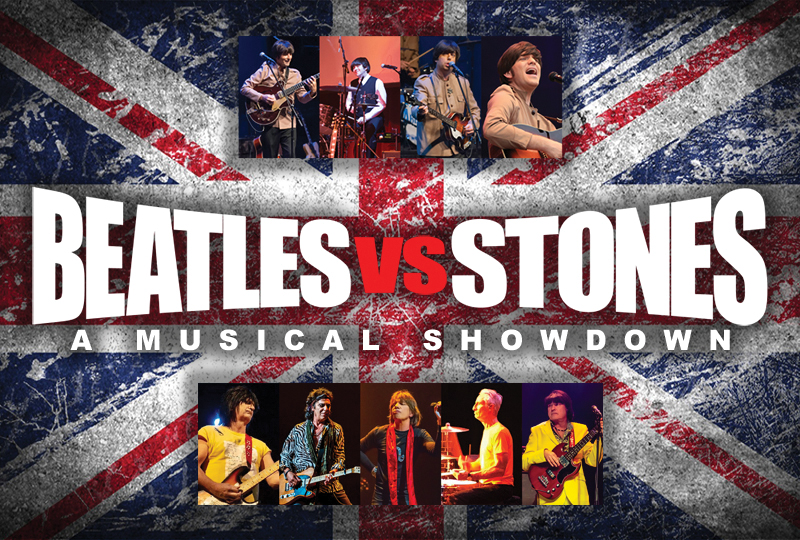 For decades, the battle has raged: Beatles or Stones? Through their heyday, fans accused London’s Rolling Stones of stealing ideas — even entire albums – from their Liverpool counterparts. At the same time, the Beatles secretly envied the Stones’ “bad boy” image and attitude, often copying their style. Both bands are unmistakably great, scoring an array of hits that changed musical history, but only one can be the best. The most infamous rivalry in rock and roll never played out in a public arena until now as Beatles vs. Stones – A Musical Showdown performs on Saturday, November 13 at the Tower Theatre at 8:00 pm.
Will the Stones be yelling for “Help” to fight the songwriting prowess of Lennon/McCartney? Or will the Beatles cry “Gimme Shelter” from the relentless sonic barrage of Jagger/Richards classics? The epic duel between two rock giants as both groups demand the ultimate satisfaction from an estimated 400 attendees on November 13 at Tower Theatrel.
While fierce competition fueled the creative output of both bands during the 1960’s, tension between the tribute performers is equally palpable.
“The Beatles cornered the rock market on cute suits and fluffy hairdos, but then they stood still on stage and modeled them,” that according to Chris Legrand, who plays a dead ringer for Mick Jagger in both swagger and ability.
“The Stones rocked the stage, and worked as hard as the bluesmen they modeled their stage show after, generating the smoldering sexuality that came to be a hallmark of great rock-n-roll acts. The Beatles? Well, they were cute! The Stones were the original punks, outsiders at best. Beatles took tea with the bloody Queen–how rock-n-roll is that?!”
As for the Beatle response? “We got our Sgt. Pepper jackets made a little long so the Stones would have no problem riding our coattails!” Mocks drummer Axel Clarke as Ringo. “That Mick Jagger sure can move! It’s a shame he has to work twice as hard to be half as good!”
Would you let your daughter marry a Rolling Stone, or your son come home with a Beatle haircut? This ultimate battle of the bands pits the mop tops against the bad boys. London against Liverpool. Guitars will weep and dice will tumble, and in the end, when the whip comes down, only one band shall emerge victorious. Whoever wins, the audience is sure to be dazzled by an “electrifying show” (O.C Register), with fantastic music, iconic wardrobe and spot on performances down to the onstage banter, missed notes and flubs heard on the original records.
Members of both Abbey Road and Jumping Jack Flash have taken great care to recreate the experience of seeing these incredible bands live so as to please casual fans and purists alike. That ‘All You Need is Love’ spirit appears to be lost on Messrs. Legrand and Clarke, who continue trading barbs. “The Beatles wrote Let It Be, but the Stones countered with Let It Bleed!” snarls Chris.
“Listen, mate,” counters Axel. “The song John and Paul gave to the Stones (‘I Wanna Be Your Man’ in 1963) was one they let Ringo sing…that says it all!” Ouch.
Beatles or Stones? You decide!
Calendar: Beatles vs. Stones – A Musical Showdown returns to the Tower Theatre on Saturday, November 13 at 8:00 pm. Tickets are $30 – $65, plus ticket fees, and may be purchased online at www.towertheatreokc.com. Proof of vaccination or current (within 72 hours of entry) negative COVID-19 test is required of patrons. For more information on refund policies, lost or misplaced vaccination cards and more, please visit Tower’s COVID-19 Update page at towertheatreokc.com. The Tower Theatre is located at 425 NW 23rd Street, Oklahoma City, OK 73103. The show is appropriate for all ages. There is plenty of free parking available.