Norman has and always will be a college town.
Today more than 31,000 students come to Norman each year to further their education.
As a result, Norman’s population has grown more than 50 percent to nearly 120,000 residents since 1990.
For the past 50 years seniors like Jim Jinkins have paid for that growth, supporting and paying for municipal bonds, school bonds and keeping dollars local and paying city sales tax.
And it was senior voters like Jinkins who threw their support behind the Norman Forward initiative that in October 2015 resulted in a half-percent sales tax increase intended to fund a number of quality of life issues.
One of those items listed on the ballot was a new, standalone senior center that would replace Norman’s current facility, housed in the city’s original 8,000-square-foot public library built in 1929.
But now Norman seniors feel they’re the ones standing alone and are accusing some city officials of trying to do an end-around with funds that should be used to build a new facility.
NORMAN FORWARD
“Seniors worked their butts off to get that initiative passed,” said Jinkins, who spent four hours on election day holding a sign on a street corner campaigning for the measure. “It passes and a couple months later they start talking about the budget again so we start going to the study sessions of the council meetings and they start saying ‘We don’t have any money. It’s going to take the entire $159 million to fund these Norman Forward projects.’”
“We said ‘Wait a minute. We’re a Norman Forward project.’”
City leaders indicated they had been considering using bond funds from a previous bond issue to fund renovating the existing Norman Public Library for use as a senior center.
That would be done after the library moved into a new building paid for through the sales tax increase.
Voters like Jinkins felt they secured a standalone senior center by passing the Norman Forward initiative.
“There’s not an asterisk next to it, there’s not any language that says if there’s money available,” Jinkins said about building a senior center. “Everybody I know that voted on it (thought they were voting) for a senior center.”
In March 2016, an Oklahoma not-for-profit corporation by the name 21st Century Norman Seniors Association was formed and Jinkins was elected president.
He says there are now more than 400 active members.
With seniors encompassing nearly 20 percent of Norman’s total population the group feels a significant segment of Norman residents are supporting the call for a free-standing senior center.
For now, Jinkins says the city is only offering yet another renovated former library to serve seniors’ needs or trying to float yet another bond issue to voters specifically for a new senior center.
Jinkins worries about voter fatigue and the fact voters have already voted twice to fund a new senior center.
The senior group says the plan of moving into the existing library does a disservice to seniors on multiple fronts.
Seniors and City of Norman staff would share the building and end up competing for space and facilities. Neither could expand as their programs grow.
Problems with parking and traffic flow cannot be resolved.
A shared parking lot with City offices plus the Municipal Court would create a bottleneck and there would also not be enough covered parking spaces that a senior center requires.
Senior centers in Edmond, Shawnee, and Midwest City have this.
The existing library lacks space for kitchen facilities. The staff of the kitchen at the present senior center would like to move to the new senior center, and most people agree that the new center should house the kitchen as the center is the only source for many seniors’ meals.
The option Jinkins’ group favors is building a new facility – which would cost in the neighborhood of $8-9 million – at the nearby city-owned Andrews Park.
The site would provide plenty of adequate parking plus be located across the street from the new library – benefitting from library programming and public resources located on site.
Association Associate Vice President Nadine Jewell penned a letter to the editor of The Norman Transcript that read, in part:
“Norman Forward is certainly needed in our community, and seniors do not think they are being greedy asking for a standalone center. While many projects, like Westwood, can only be used for 3 months of the year, a senior center can be used the year around. Surely, Norman cares enough for its seniors to find enough excess Norman Forward funds to build one standalone.”
With already a fair measure of support from existing council members, one thing working in the group’s favor is the fact City Council seats in the odd-numbered wards will be up for election this coming February.
Norman Seniors will host a candidates forum before the election so that you can meet the candidates, ask your questions, and hear their positions.
In the meantime, Jinkins is urging all interested Norman seniors to call their City Council representative and voice their opinions.
You can find out more information online at www.normanseniors.org as well as the group’s Facebook page listed as Friends for a 21st Century Senior Citizen’s Center.
“I think they just really wanted us to go away and they didn’t think we would get this far,” Jinkins said. “It is our hope that the Council will identify a funding source for a standalone center that does not involve yet another vote of the people.” 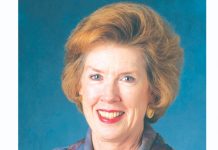 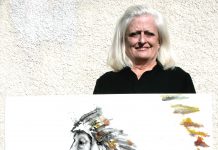 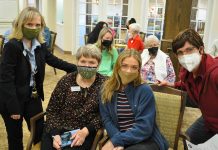 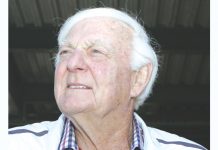