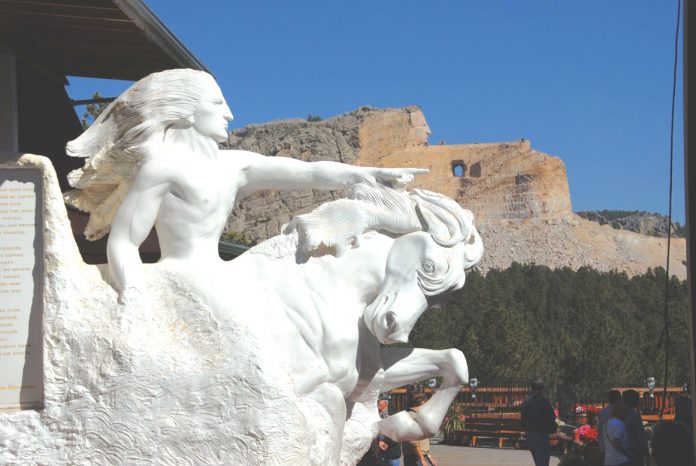 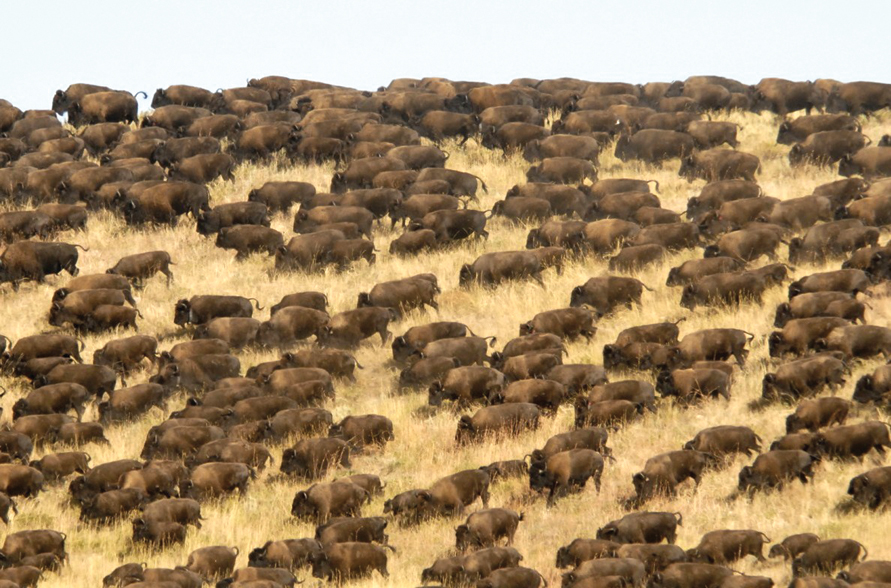 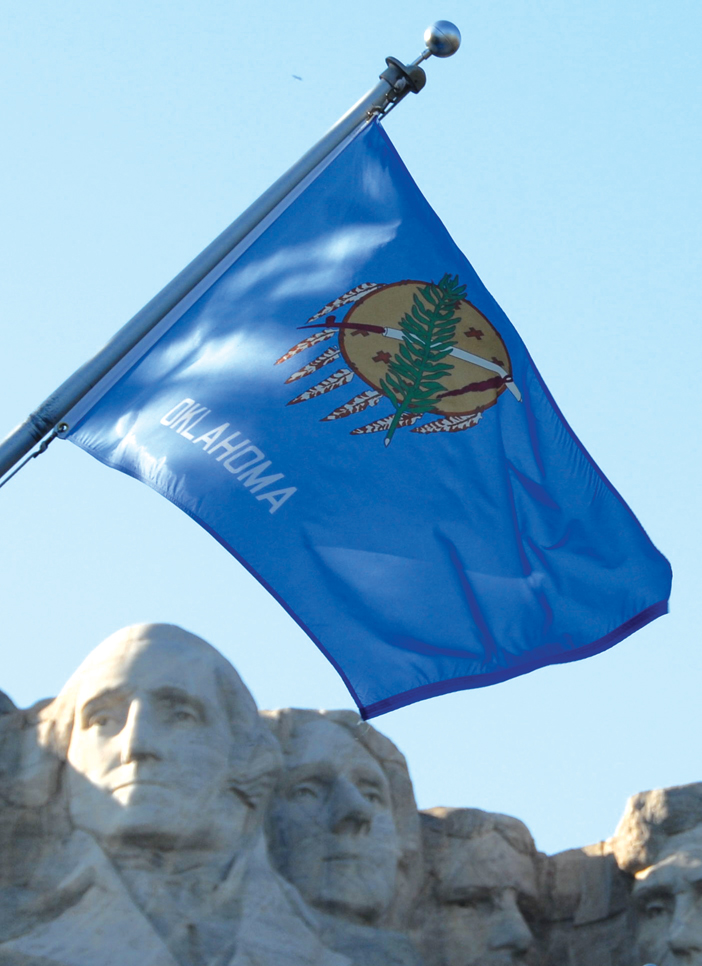 The annual Governor’s Buffalo Roundup in South Dakota had been on my Bucket list for some time. I have always been attracted to the American Bison and am always in awe when in the presence of that intimidating, powerful symbol of America’s western frontier.
A few year’s ago I attended the September Governor’s Buffalo Roundup held in South Dakota. Next year the roundup date is September 25. The annual roundup in Custer State Park includes: an art show, pancake feed Saturday & Sunday mornings, continuous entertainment under the big top, annual buffalo chili cook-off, living history recreations, authentic chuck wagon cookout, state park tours, and of course the roundup itself, when over 1,000 bison are gathered together for inoculations and sale. The wildlife spectacle held in the hills of Custer State Park is an annual event for hundreds of bison enthusiasts. The sight of these brown beauties running into the corrals is a sampling of western lore not easily duplicated.
Custer State park, (www.custerresorts.com/index.php) is one of the largest in the nation, has four state lodges with restaurants, and is accessible to horseback riding and hiking. Seventy-one thousand acres of natural beauty and adventure await you in the beautiful Black Hills of South Dakota. Situated 25 miles south of Rapid City; Custer Resorts is within 25 miles of Mount Rushmore National Memorial, Crazy Horse Memorial, Windcave National Park and Jewel Cave National Monument. As this was my first visit to South Dakota, I explored a few more locales, and found that South Dakota has a lot to offer in the way of diverse landscapes, man made wonders and historic western towns, caught in the 21st century yet suspended with a portion of its pioneer roots.
The splendor of Mount Rushmore is not to be underestimated. (www.mtrushmore.net) One would think that after seeing this image a hundred times in the media that its emotional impact upon viewing in person would be lessened, but it’s not. The mountain itself was originally named after Charles E. Rushmore, a New York lawyer investigating mining claims in the Black Hills in 1885. Sculptor, Gutzon Borglum chose this mountain due to its height (5700’ above sea level), the soft grainy consistency of the granite, and the fact that it catches the sun for the greatest part of the day. The visitor center complete with movie theaters, gift shop, parking garage, snack bar, avenue of states, and event venues, is a boon for the visitor. If you stay for the formal evening lighting program, be forewarned that this is an over the top patriotic celebration of America. I found it enlightening, while talking with some international viewers, that this type of program, that is extolling the virtues of their native land in video and live presentations, would not be tolerated in Europe.
Deadwood South Dakota is a town steeped in history and mystery, but alive today as it ever was. (www.deadwood.org)
The entire city of Deadwood is a national historic landmark. In Deadwood you can ponder the truth at the foot of Wild Bill’s grave in Mount Moriah cemetery (along with Calamity Jane’s), tour Adams Museum and House, pan for gold at the Broken Boot Mine, choose from various guided tours, or take a self-guided walking tour into the past that puts the Wild West into perspective. You may even run into an incarnation of Will Bill himself, either at the number 10 saloon or on horseback inspecting main street. And there’s plenty of casinos for your gaming pleasure along with some fine eateries. One such is Kevin Costner’s Diamond Lil’s, where I had a pleasant Martini during sunset over main street. Costner’s Memorabilia and costumes from his films are on display throughout the dining room, and if that was not enough finery, the top floor hosts a fine dining restaurant complete with piano and beveled glass décor.
Deadwood is full of surprises such as Costner’s founded and funded Museum of the Tatanka (Buffalo) Museum right outside of town. Even with expert Lakota interpreters, displays of costumes worn in “Dances With Wolves”, and historic explanatory panels, the best part of Tatanka is the monumental 17 part sculpture of an Indian hunt near a buffalo jump. With wafts of movie theme music and the rustling of Dakota grass, this hill top venue is the pride of South Dakota, itself. Hats off and congratulations to Kevin Costner for giving back to America with the preservation and inspiration found at Tatanka: Story of the Bison interpretive Center and Sculpture. (For more information visit www.storyofthebison.com)
The badlands is another South Dakota wonder.(www.nps.gov/badl/index.htm) Roaming among the many outcroppings of natural time sculptured stone you are transported to another world. Containing the world’s richest Oligocene epoch fossil beds, dating 37-28 million years old, the evolutionary stories of mammals such as the horse and rhinoceros arise from the 244,000 acres of sharply eroded buttes, pinnacles, and spires.
The privately funded Crazy Horse memorial, is indeed a large undertaking and one that started in 1948 and will continue for many more decades. The memorial is more than a carved mountain but also is a Native American museum and artist’s gallery, along with an institution giving scholarships to Native Americans wishing to continue their education. This is certainly a part of Americana where young children can return as adults and see its slow but steady progress. At certain times it’s possible to take tours to the arm of Crazy Horse and feel its immensity. (www.crazyhorsememorial.org)
There are many more treasures to this part of South Dakota including: the towns of Hill City with its Black Hills Bronze works, Black Hills mining museum, the Mickleson Bicycle Trail, the town of Keystone with its Big Thunder Gold Mine tour, the Rushmore Borglum story, and the most delicious meal of my trip at Powder Lodge House. So you can see, South Dakota is more than its most famous resident, Mount Rushmore. www.travelsouthdakota.com 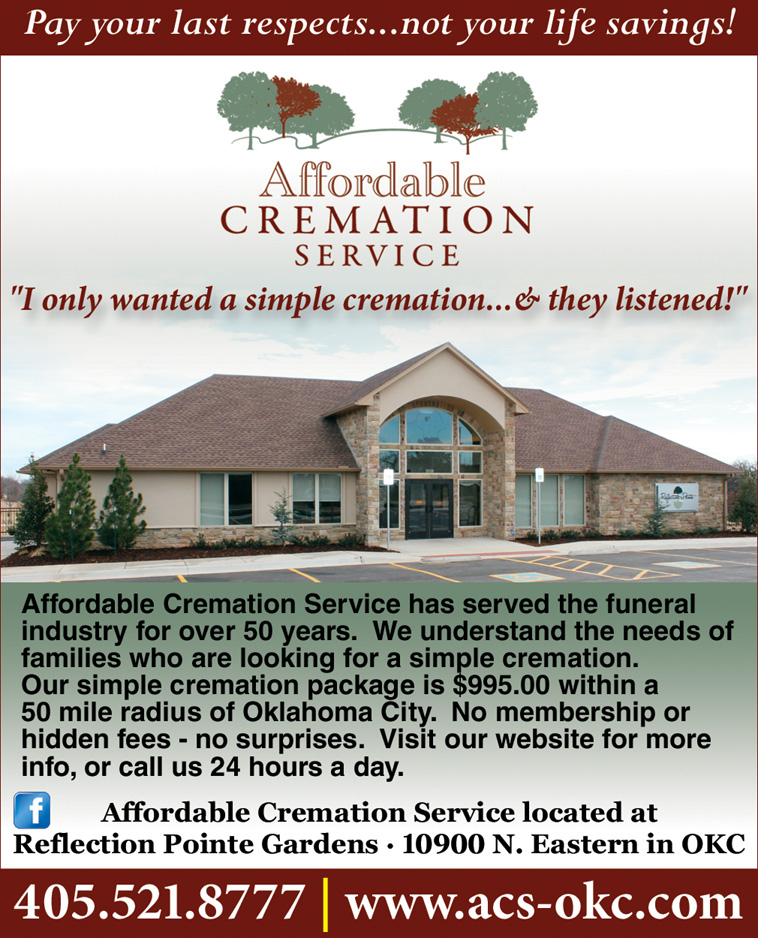