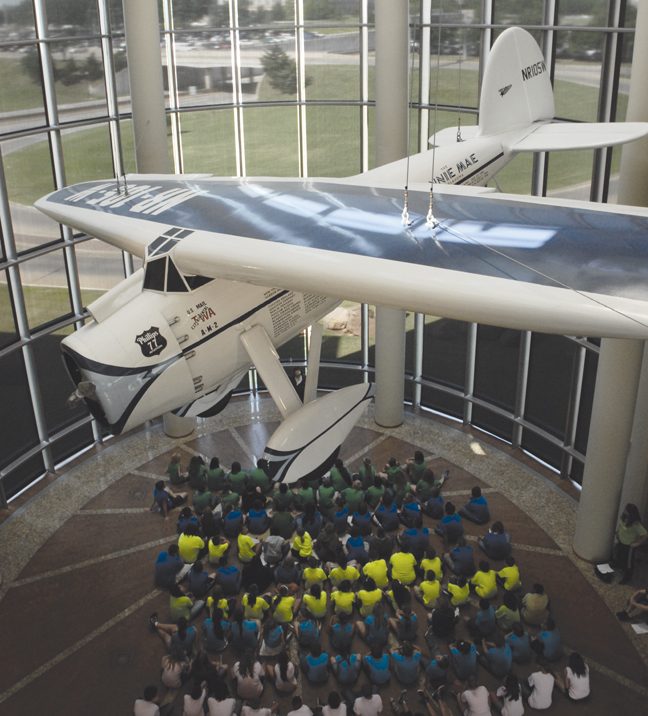 Travel through history and be entertained at the 2018 Oklahoma History Center Conference.

On Thursday, April 26, the Oklahoma Historical Society will partner with Oklahoma City University to celebrate the 75th anniversary of the Broadway debut of “Oklahoma!” OCU students will perform songs from the musical and the first iteration “Green Grow the Lilacs” written by Oklahoman Lynn Riggs. The event will feature a special video by Broken Arrow native Kristen Chenoweth, who participated in the 50th anniversary of “Oklahoma!” as an OCU student. This performance is open to the public and tickets can be purchased by calling 405-522-0317. 6:30–8:00 p.m. An additional program is being offered called, Celebrating Oklahoma! at 75, in celebration of the musical’s 75th anniversary, this program will trace the story of Oklahoma! and its influence on musical theater. The event will feature performances by students from the Oklahoma City University Wanda L. Bass School of Music.
Also, on Thursday, April 26, the OHS will sponsor a bus tour of ‘89er landmarks in Oklahoma City led by Chuck Wiggin. Other tours include a tour of the State Capitol restoration by Capitol Project Manager Trait Thompson and a Behind-the-scenes tour of the Oklahoma History Center.
On Wednesday April 25th the registered public is invited to a reception from 5 to 7 p.m.,at the Oklahoma Judicial Center, formerly the home of OHS.
Ted Chapin, the president of the Rogers and Hammerstein Organization, New York City will present, “The Legacy of Oklahoma!” at 9 am on April 26th.
At noon, at the Annual Conference Luncheon,Keynote speaker David Grann, author of “ Killers of the Flower Moon: The Osage Murders and the Birth of the FBI,”will present the background making of the popular book.
Sessions on Friday will include talks on, “ “The Red River Bridge War: When the Boundary between Oklahoma and Texas Became an Armed Camp, “The Art of War on the Washita,” and “The Origins of Freemasonry in Oklahoma,” by T. S. Akers, curator of collections, McAlester Valley of the Ancient and Accepted Scottish Rite, Oklahoma City, among others. A complete listing of topics and speakers are available at Okhistory.org.
The mission of the Oklahoma Historical Society is to collect, preserve and share the history and culture of the state of Oklahoma. Founded in 1893 by members of the Territorial Press Association, the OHS maintains 31 museums, historic sites and affiliates across the state. Through its research archives, exhibits, educational programs and publications the OHS chronicles the rich history of Oklahoma. For more information about the OHS, please visit www.okhistory.org.
To attend and hear your selection of nineteen different speakers, and tours and luncheons, you must register by April 20th, either on line at www.Okhistory.org, or by contacting Larry O’Dell at 405-522-6676 or [email protected] or Shelly Crynes at 405-522-0317 or [email protected].