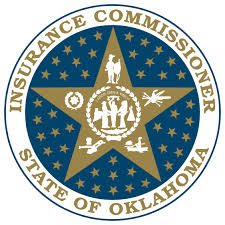 The Oklahoma Insurance Department is joining forces to spread a life-saving message to drivers: “Move over. It’s the law.” The message is part of an initiative by the Oklahoma Traffic Incident Management Steering (TIMS) Coalition. The Coalition also includes representatives from the Oklahoma Highway Patrol, Oklahoma Department of Transportation, Oklahoma Sheriffs Association, Oklahoma Emergency Management and many more.
“As the holidays approach and more people will be on the road, we’re asking Oklahoma drivers to be more mindful behind the wheel,” said Oklahoma Insurance Commissioner John D. Doak. “Not only is moving over the law, it will help save the lives of first responders and lower the number of costly traffic delays.”
According to the National Highway Traffic Safety Administration, 52 law enforcement officers were killed in traffic-related incidents last year. Oklahoma Highway Patrol Trooper Nicholas Dees was hit and killed last year along I-40. His mother is featured in a new public service announcement which began airing this month. It can also be viewed here.
“Half of me died because of one man that did not move over for emergency vehicles,” said Shelley Russell, Dees’ mother.
Oklahoma’s Move Over law requires drivers approaching a parked emergency vehicle with flashing lights, including wreckers, to move over to the next lane. If the driver cannot move over, he or she is required to slow down. Troopers suggest drivers reduce speed to 15-20 mph or slower. The penalty for failing to slow down or change lanes is a ticket with a fine of more than $200.
Another benefit of drivers abiding by the Move Over law is a reduction in the number of costly traffic delays. According to the Texas Transportation Institute, for each hour a vehicle is stuck in traffic $21 is wasted per vehicle in time and fuel.
One way to ease the burden of traffic is for drivers to move over if they are involved in a non-injury car accident. This allows drivers to safely exchange insurance information and not block the flow of traffic.
“Many drivers seem to think that moving over is just an optional courtesy when they see flashing lights or have a minor wreck,” Doak said. “It’s not optional. Move over. It’s the law.”