When Deborah Wedel received a business card from a friend a few years back she tucked it safely inside her purse.
It came after a session at the gym with friend Zenetta Kendricks and an urging for Wedel to sign up for the Ms. Oklahoma Senior America pageant.
Still working at the time, Wedel appreciated the gesture but figured it wasn’t for her.
That was until a few months ago when cleaning out that purse the card once again was in her hands.
“I thought ‘Oh, I’m retired now I might try this and I did,’” Wedel said.
And that was the beginning of a life-affirming journey for Wedel that culminated when she was crowned the 2019 Ms. Senior Oklahoma winner earlier this summer in Ada.
The night of the pageant Wedel’s nerves were flowing.
“They were all firing,” she laughed. “It’s amazing. I just want to say how encouraging we all tried to be for each other. I know it was a pageant but it was more like a sisterhood.”
“I didn’t think it was going to be my name,” she continued. “I thought it would be one of the ladies who had been in it before and I was just fine with that. The people in it before were such incredibly beautiful people inside and out.”
It was Wedel’s first pageant but an experience she wanted to use to get out of her comfort zone.
START TO FINISH
Back in 2013, Wedel went to the same gym as Kendricks, the 2013 Ms. Oklahoma Senior winner.
Kendricks handed her her card.
Wedel didn’t think much of it at the time. She was flattered but thought it wasn’t for her.
She was working full-time then, finishing up a 36-year teaching career that included a stint as a counselor at Mount St. Mary’s.
She loved the experience being around high school students. To this day she felt like she never met a single student she didn’t enjoy.
“Some people are really good with younger kids and I just really love the age,” she said. “It felt like I clicked with them.”
Most days as a counselor she was working on scholarship applications, which produced about an 86 percent success rate.
She retired about the time her husband, who served as a high school principal for a couple decades. During those years the two went to a lot of basketball, football and athletic events as well as drama and band productions.
After retiring the couple spruced up their rent homes and booked a trip to Switzerland coming up in September.
Nobody planned on a pageant win in between.
“Luckily, the national contest isn’t until October,” said Wedel, who will represent Oklahoma in Atlantic City, New Jersey.
“It was just incredible,” Wedel said of the experience. “I don’t think it was like a regular pageant in the fact we were all rooting for each other. Quite honestly, if I had not done anything and still been standing on the stage after they crowned that queen I would be alright with that.”
Her stage fright was in full effect when she performed a dramatic reading of an Elizabeth Barrett Browning poem.
“You would think that would go away after awhile but it doesn’t appear to,” said Wedel.
While most people expected the life-long singer to sing, she wowed the crowd with her tear-filled performance.
“Every time I read it I weep,” she said. “It’s a mother who lost both of her sons in the Italian war for independence. She encouraged them to give everything but when they actually do … she goes back and questions why.”
“I think most of us would question if we lost both of our children in a way but there are some things you can’t change.”
For Wedel it’s all about staying active with her husband, Bruce, of 46 years. She has two children of her own with a pair of grandchildren involved in the arts.
Exercise is still a priority. The other day she went over to mow her 92-year-old old mother’s yard.
She stays active at the house and civic events and sporting events as well as the local arts.
She wants to reach out to the community, helping with fundraisers and appearances. “I just stay active, hopefully helping others,” Wedel said. “I’m hoping for some events.”
Those who would like to get in touch with Wedel can contact her through her cell phone at (405) 274-2627. 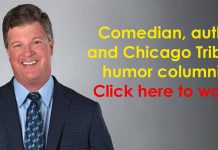 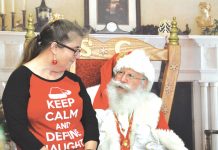 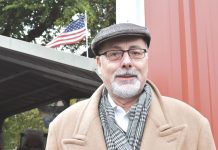