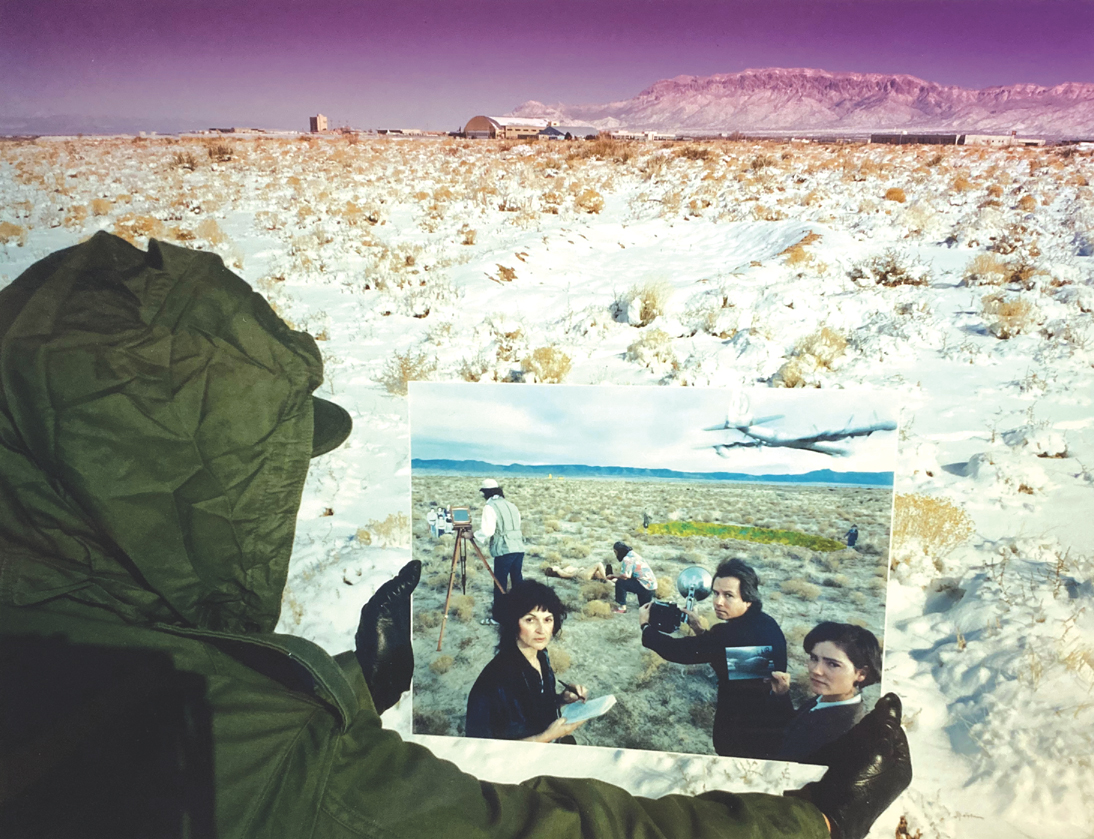 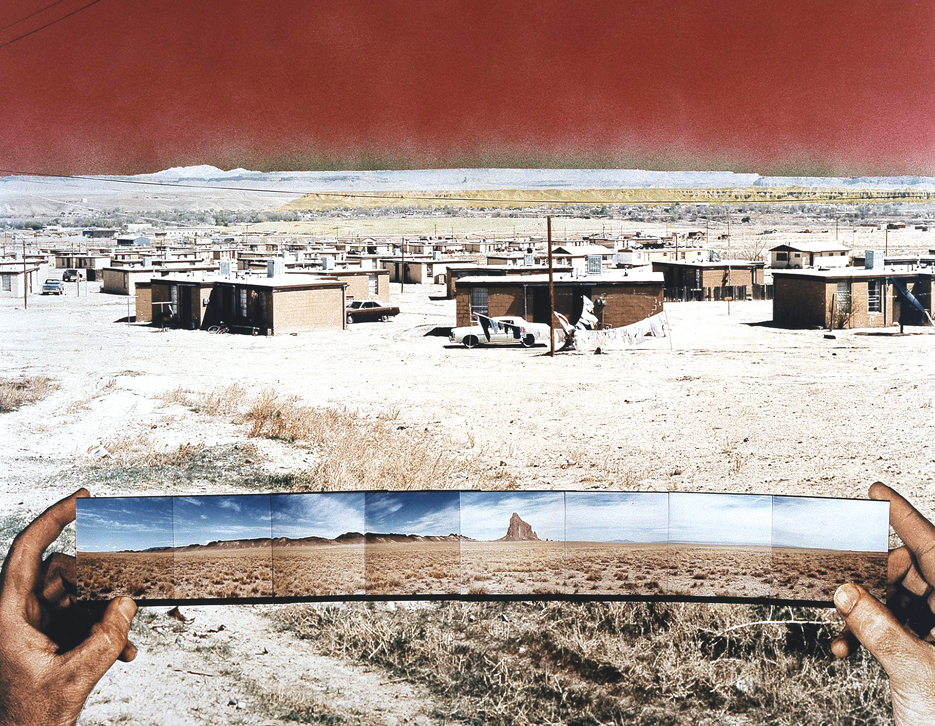 A new exhibition featuring acclaimed American photographer Patrick Nagatani’s (1945-2017) portfolio that addresses nuclear testing, waste and history in the state of New Mexico opens Thursday, Aug. 5, at the Fred Jones Jr. Museum of Art, located on the University of Oklahoma Norman campus. Nuclear Enchantment, a series of 40 images created by the artist between 1988 and 1993, plays upon New Mexico’s motto as the “Land of Enchantment” to raise awareness of the effects of the nuclear industry on the state’s land and people. This is the first time the entire series has been exhibited in Oklahoma.

After moving to New Mexico in 1987, Nagatani visited sites of nuclear testing and radiation in the state. He saw parallels between narratives constructed around the nuclear industry and those found in the Hollywood film industry, where he had previously worked as a set designer. “The story Nagatani reveals through vivid colors and outlandish compositions may surprise, even disturb, viewers about the region many of us escape to during hot Oklahoma summers,” said curator Hadley Jerman. “The fabricated scenes and distorted landscapes are fascinating accounts of the stranger-than-fiction tale of nuclear testing in New Mexico but also serve as pointed commentary on photography’s role in “recording” the past.”

This exhibition is made possible by the generous recent gift of the series to the museum from the FJJMA Association and the Andrew Smith Gallery. In a time when museum galleries across the nation, and the world, were shuttered for the better part of the past 18 months, the acquisition of this portfolio helps meet the museum’s mission of bringing diverse art for public display at the Fred Jones Jr. Museum of Art. “We are excited and grateful for this opportunity to expand the museum’s collection with this striking, imaginative series,” said Alison Fields, a faculty member at OU’s School of Visual Art and co-interim director of the museum. “The issues raised in Nuclear Enchantment remain relevant today, and we look forward to sharing Nagatani’s important work with the public.”

In Nuclear Enchantment, Nagatani makes visible a New Mexico whose “enchanting” vistas are poisoned by toxic waste and whose arsenal—whether celebrated in monuments or missile displays outside schools—continues to threaten New Mexico’s inhabitants, specifically Native Americans. Before his untimely death in 2017, Nagatani wrote, “My intentions are to raise public consciousness about the effects of New Mexico’s nuclear industry that continues to grow despite the damage it has already caused and will continue to bring to the state. The series, Nuclear Enchantment, attempts to awaken the many New Mexicans who still believe nuclear power poses no threat and that defense spending promotes the economy. Culturally and geographically connected to New Mexico, it is perceived by the elite powers as a place that can be abused and even reduced to rubble.”

Patrick Nagatani: Nuclear Enchantment, will be on display through January 30, 2022. Public programming for this exhibition will be announced at a later date.