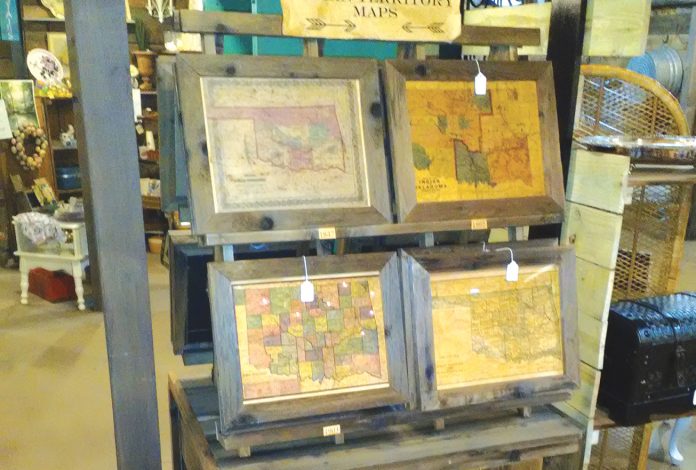 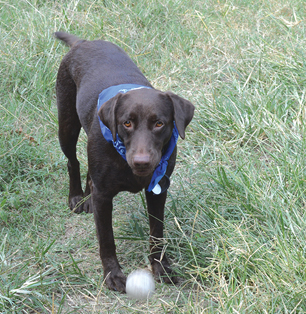 A chocolate Labrador Retriever named Penney and a passion for old maps led to a unique business opportunity.
“I am nearing retirement and decided if wanted to retire to the country where Penney would have a place to run, I would need to have a small business to make ends meet,” said Mike Howard, owner of Penney’s Territorial Maps.
After collecting old maps for many years, Howard began copying them and hanging them up at work and in his home. One thing led to another, and before long people were requesting them.
“We have about 30 shops in northeast Oklahoma who stock and sell the maps,” Howard said. “I have really been surprised at how well the maps have been received… The business is expanding to other states, and I now have dealers in Texas, Arkansas, Missouri and Kansas. I should be in New Mexico and Colorado by the end of 2019.”
Howard reproduces the old maps that are artificially aged and then sets them in rustic wood frames. Howard said he loves the reaction his customers have to his maps.
“I love hearing all the stories about their family’s history, looking for long lost towns, or pointing out where their land run claim was,” he said. “I have learned so much history about Oklahoma just talking to customers about the maps. I feel customers love the maps because it gives them a link to the past.”
Established in November 2016, Penney’s Territorial Maps joined the Made in Oklahoma Program this year. To learn more about the business, visit www.madeinoklahoma.net/products/penneys-territorial-maps/ or find them on Facebook.