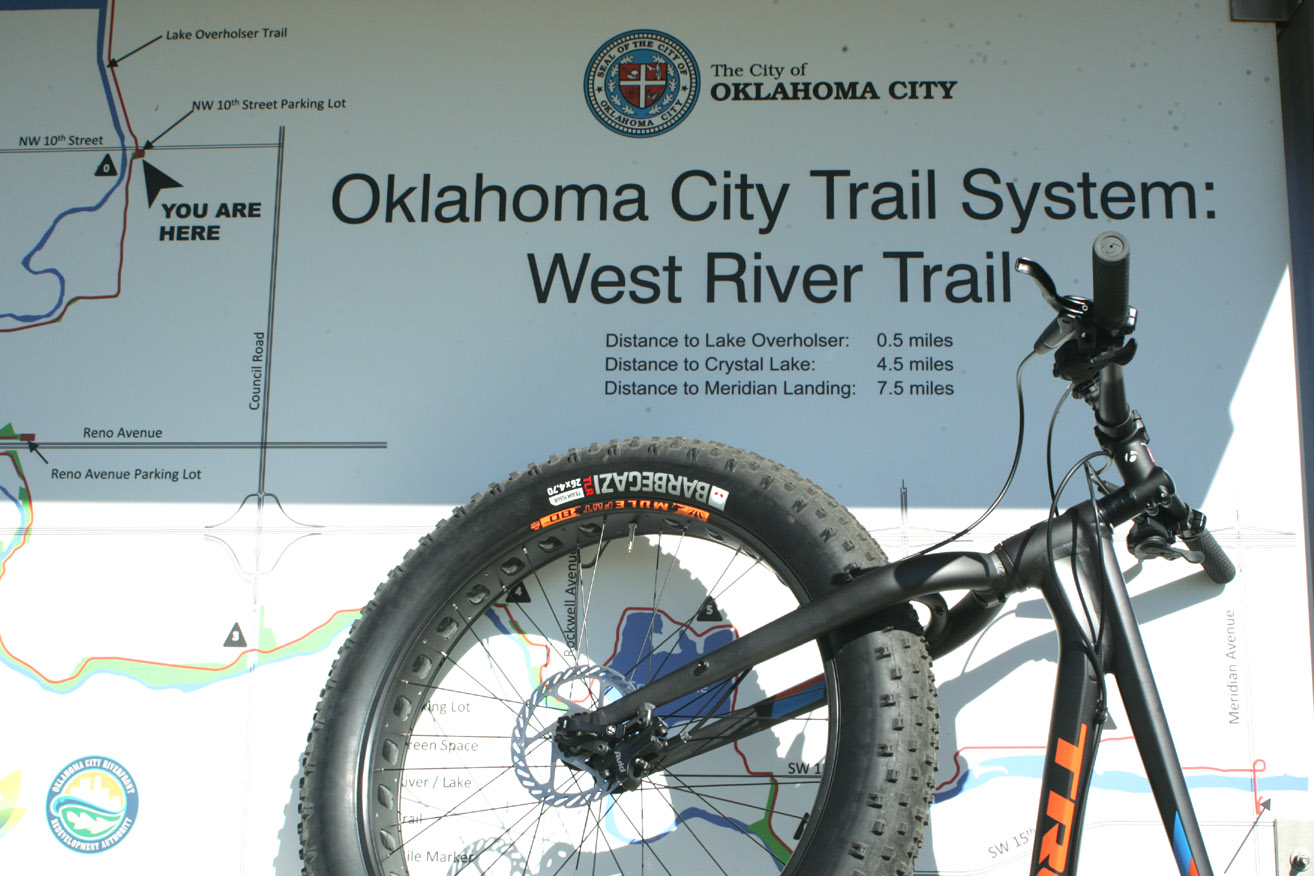 Described as a realignment and costing half a million dollars, the new section of the MAPS 3 West River Trail (WRT) opened the first week in May. This reopening allows its multi-use travelers access to and from downtown Oklahoma City on the trails after being closed for 22 months.
For seniors trying to make a decisive quality of life recovery from pandemic restrictions this reopening is important. Seniors got outside more for exercise during the pandemic. Bicycling and walking was two of the major explosions in growth. Seniors who are bicycling and walking more say their pent-up demand to safely ride their bicycles to and from the Boathouse District and downtown Oklahoma City is strong.
“My long bike rides each week often took me almost downtown, so the closure of the West River Trail was a huge inconvenience,” said Steve Persa, who lives across from the Lake Overholser Trail. With the trail closed I was forced to ride north, which took me into traffic, which is no fun at age 78.”
The WRT had been closed in the area since late spring of 2019. It was closed because of severe erosion from near-record heavy spring rain and resulting high North Canadian River flow next to the Rush Peterbilt Truck Center. The high rains moved the bend in the river closer to the truck center. Low-lying flat areas along the North Canadian River in El Reno, Yukon and west Oklahoma City in Canadian County were flooded by those heavy rains.
Although it looked safe to traverse from the trail after the heavy rains, it was not safe. Where the trail skirted the truck center property to the west, the river had eroded and dug out under the embankment below. This part of the trail posed a liability exposure to the city and endangered users. This caused the city to close it out of an abundance of caution in case it fell into the river.
The closure was from its western-most point at the Reno Avenue trailhead to Safari Point at Crystal Lake near SW 8th Street and Rockwell Avenue. This was about 3.3 miles of the 7.5-mile trail.
The new realignment section makes the trail longer than the posted 7.5-miles now running from NW 10th Street west of Council Road to SW 15th Street at Meridian Avenue. There it connects to the east to the Oklahoma River Trails to continue downtown. The North Canadian River is named the Oklahoma River through Oklahoma City’s downtown area.
Originally completed in 2015, the trail’s new realignment construction began in January of this year to reroute the trail east between the truck center and Interstate 40. The new trail features large, long concrete barriers protecting it from the embankment just north of the truck center. It turns south at 8700 W Interstate 40 Service Rd. and continues south next to Cara Lane to go west along SW 8th Street to reconnect to the existing trail.
“Cyclists have missed the use of the trail for the almost two years it was closed, because it is easier than riding to Lake Hefner and back,” said Dixie Duff, a retired nurse who rides here bicycle every other day in the area. “The West River Trail is preferred because of its east-west route, making it protected from Oklahoma’s strong south winds in spring and summer and winter’s strong and cold north winds.”
The WRT is one of the three trails created by tax dollars from MAPS 3. (The other two trails are Will Rogers and Lake Draper.) This is a more rural trek, taking users along the North Canadian River and around Crystal Lake well away from streets and traffic. The trail offers parking at NW 10th Street on the west end, Reno Street or Crystal Lake midway through the scenic trail.
This trail is a part of the more than 90 miles of Oklahoma City’s multi-use trails. The trails system offers recreation and exercise along a network of 10 interconnected trails that can take users to almost every point in the city.
Using the Better Streets, Safer City Sales Tax, the city has been adding bike infrastructure and resurfacing multiple trails around the city these last two years. Latest figures show 56 percent of Oklahoma City residents live within a half-mile of a park or trail. Oklahoma City averages one park for every 3,995 residents.
The good-for-all-skill-levels WRT offers several activity options and is accessible year-round. Dogs are welcomed but must be kept on a leash. No motorized vehicles are allowed on the trail system. This kid and stroller friendly trail is ideal for family nature trips. Many residents walk and run the trail while taking in the many river views.
It is a venue of unexpected ruggedness with some of its close-in, tree-lined boundaries in some sections. Parts of the trail fit the description of a nature trail. Most of the other city trails are open and windswept.