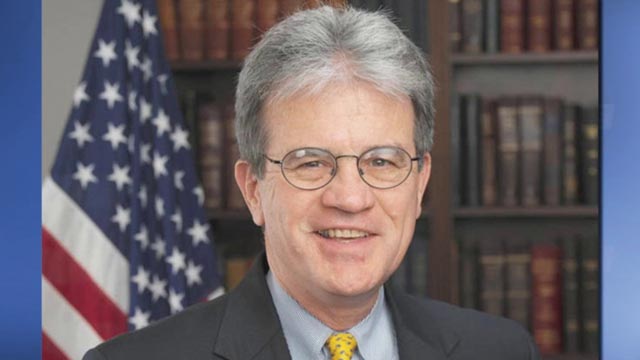 Oklahoma and the nation lost one of its best leaders March 28, with the passing of Dr. Tom Coburn (R), former U.S. representative (1995-2001) and senator (2005-2015) from Oklahoma at 72. With the nation locked down and absorbed with the COVID-19 crisis, not near enough has been said and written to commemorate this fiscal conservative leader’s passing.
A medical doctor for decades before heading to Congress, Coburn probably would have offered some good insight into our current pandemic. His office blistered the Center for Disease Control in a 2007 report, which highlighted lavish spending by the CDC and a lack of accountability for its core mission of controlling disease. That report is still available as a PDF at this link: https://www.menshealthnetwork.org/library/CDCoffcenter.pdf.
The CDC was just one of the many government agencies and programs to draw fire from this taxpayers’ watchdog. But Coburn spent his final years on another project that many Oklahomans are unaware of —working to get the required 34 states to petition Congress for an Article V amendments convention to propose needed changes to the U.S. Constitution.
Related to this project, I had the privilege to meet “Doctor Coburn” (his preferred title rather than “Senator”) at his home in Tulsa in 2018. As a volunteer, I drove with a friend to deliver several hundred copies of his final book, Smashing the DC Monopoly. He autographed them for our mailing and delivery to state legislators who had not passed the petition for the convention in numerous states. He was generous with his time to autograph the books and to distribute the books free of charge to those state leaders around the country. It was an in-depth way for him to advocate for action.
The Constitution provides for amendments by delegates at a convention of states once the necessary 34 states have petitioned Congress. Currently, 15 state legislatures (including Oklahoma) have passed resolutions for this petition.
Coburn’s book on diffusing the centralized power of Washington politicians dovetailed with his final efforts as Senior Advisor for the Convention of States Project. The project was started by Citizens for Self Governance to push for an Article V convention of states to restrict federal power. Article V is a little known and never used provision in the Constitution that allows the states to make amendments to it. It takes 38 states to ratify any amendments that are proposed.
I was struck by how much the Tom Coburn I met in person was so much like the leader we saw in the media for 20 years or more. No pretentions or airs from Dr. Coburn; what you saw was what you got — whether speaking to the U.S. Senate or one-on-one with a first-time visitor to his home.
My foreign-made SUV caught his eye. He immediately put me at ease with small talk about my car choice. He talked about how imports have become so ubiquitous in America. He remarked that it was ironic that we were working together to help America while I was showing up in a Korean-made car.
On a later visit delivering more books to his home, I had the pleasure of meeting his wife, Carolyn. Her friendly manner matched her husband’s ability to put a guest at ease. Most Oklahomans have forgotten that Carolyn was Miss Oklahoma for 1967, just the year before she married her former high school sweetheart from Muskogee.
I was at our state capitol the day the resolution passed to create a petition for the amendments convention in the Oklahoma state legislature. Seeing our state leaders get involved motivated me to help support the distribution of the last book Coburn wrote.
The petitions for the convention include wording to limit spending by Congress, but also language for term limits on House and Senate members. Coburn had fought hard in his first House term to have this term-limit amendment proposed by Congress. He said he soon learned that most members of Congress prefer staying in power as long as possible and are unsupportive of this limiting legislation.
By 2014 Coburn had determined that Congress was too broken by career politicians and partisan politics to limit the out-of-control spending, overreach, and dysfunction in the federal government. He likened his attempts in the House and Senate to stop wasteful spending of taxpayer dollars to “pushing boulders up ice floes.” His frustration with the political system led to his resignation from the Senate in 2015, he said, more than his battle with cancer.
So along with battling cancer the last five years of his life, Coburn continued to fight against business-as-usual DC politics by promoting an Article V amendments convention of states. He said it was the only way—and he of all people would know.
I was fortunate to interact with him in his new role as citizen Tom Coburn. He spoke out, telling fellow citizens and politicians that he supported the Convention of States movement. He was still at work to try to fix our government so that it returned to an exoteric endeavor serving everyone, rather than an esoteric situation where elected representatives serve themselves.
Watching an online video of former Senator Coburn speaking last year at a Convention of States Action meeting he looked thinner. He appeared frailer than when I had met him, but he spoke clearly and powerfully about the continued need for an amendments convention of states. From his appearance, it was apparent he would not be with us much longer. But he was still battling for what he believed in at that meeting—just as he always had.
The book’s subtitle sums it up for Coburn: USING ARTICLE V to RESTORE FREEDOM and STOP RUNAWAY GOVERNMENT.

Coburn discusses the book in a short YouTube video at https://www.youtube.com/watch?v=ZVGZ4Btdo-Q. It is for sale at Barnes & Noble and you can borrow it as an E-Book from the University of Oklahoma Libraries.